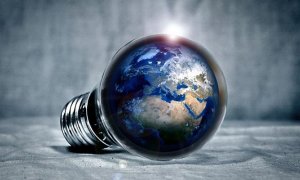 Five of the most fantastic ways to make an energy transition

When the energy transition began to gain traction, the main candidates for new clean sources were solar, wind, and to a lesser extent geothermal and nuclear. However, in order to prevent climate change, there is less and less time.

This led to speculation about other technologies. Many of them, which were previously considered unpromising, are now becoming almost mainstream. For example, wave power plants or hydrogen. But there are absolutely fantastic ways to make an energy transition. Here are five of the craziest.

1. Power plant powered by hemp. Hemp, a type of cannabis plant that looks identical to marijuana, is already widely used in a variety of commercial and industrial products, including textiles, clothing, rope, paper, and bioplastics. However, weeds may soon play a vital role in the development of alternative energy.

French fuel cell startup Qairos Energies plans to invest about $ 23 million in a gasification plant that will convert hemp biomass into hydrogen and methane. Two components of natural gas will be sold to regional transit agencies for electricity generation. The Qairos facility will operate using gasification technology, in which heat and oxygen will be supplied to the hemp biomass, resulting in the formation of gaseous substances. Qairos has a goal of producing two tons of hydrogen and 200 cubic meters of methane per day.

2. Solar energy from the moon. Scientists have previously discussed the idea of ​​redirecting solar energy collected on the moon to our planet. And while the idea sounds fantastic, scientists have found that it is not only feasible, but also economically feasible.

Lunar Solar Power Arrays (LSPs) on the Moon will continuously receive high-density energy and transmit it via microwaves to any part of the globe facing the Moon. Tens of thousands of receivers on our planet will capture this energy and use rectennas to convert it into electricity.

Moreover, microwaves have no problems with the passage of the atmosphere, and rectennas can very efficiently convert microwaves into electrical energy. The technology could provide 18 TW of power today and possibly 24 TW by 2050. This is sufficient to meet the world's electricity needs.

However, the main problem here is how to create a manned lunar station for observation and maintenance purposes. Not to mention the fact that the idea of ​​constant exposure to microwaves will not be popular with anyone, despite the revolutionary energy transition.

Three technologies that are more likely to provide energy transition

3. Artificial breath. In this new era of renewable energy, tidal and wave power plants have yet to live up to their enormous potential, despite the fact that they are a more reliable source of energy than sun and wind. Fortunately, the pace of innovation is accelerating.

Australia's Wave Swell Energy (WSE) is researching a technology that will generate electricity by harvesting the energy of waves pushed through an Oscillating Water Column (OWC), also known as an artificial respirator. In such a device, the movement of air created during normal wave oscillations rotates a turbine that generates electricity.

OWC is truly a kind of artificial airway. The Australian development is unique in that it works in one direction, and not in two, like all previous OWCs, due to the inclusion of simple flap valves. The WSE plant is currently capable of generating up to 200 kW of electricity, but there are developments for larger models with a capacity of up to 1000 kW.

4. Nuclear fusion. Unfortunately, due to many technical problems, this technology has not yet become a reality. Although there is a French thermonuclear experimental reactor ITER worth $ 22 billion. It is the result of a collaborative effort by 35 countries and is expected to begin testing in five years.

But there is also another “candidate” to ensure the energy transition. Bloomberg reported that the American company Commonwealth Fusion Systems (CFS) recently raised $ 84 million from Singapore's Temasek Holding, Norway's Equinor and other investors. In total, CFS, founded by researchers at the Massachusetts Institute of Technology in 2018, has raised more than $ 200 million to develop a fusion reactor.

5. Biofuels from algae. This idea is not entirely new, but has the greatest potential to quickly go mainstream. Back in 2009, ExxonMobil successfully entered the algae biofuel race by teaming up with biotech startup Synthetic Genomics Inc. The corporation has invested over $ 250 million in this project. And in 2018, Exxon announced that it plans to produce 10,000 barrels of algae biofuel per day by 2025.

Algae have clear advantages over other biofuel candidates. Mainly because these photosynthetic microorganisms are very efficient at converting sunlight into biomass. They are high in lipids (up to 80%) and more versatile than, say, corn, a common biofuel crop. Indeed, it is the lipids of ancient algae that are responsible for the formation of oil.

Unfortunately, making the algae biofuel economy competitive with the oil economy has proven to be a challenge. In fact, for such biofuels to make economic sense, crude oil would have to cost around $ 500 a barrel.